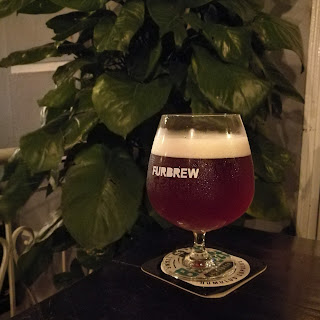 If I had to sum this beer up, I would say it is pumpkin pie in liquid form. Yet also still taste like a beer, though low in its perceived bitterness thanks you the ample amount of spices to gain this beers flavors. Which I know was Thomas's intention. From the aroma to that initial taste, it reminds me of a cool and wet autumn day. I even considered having some whipped cream with it. But does it last? Since I often find with pumpkin ales, the flavor does not follow through with consecutive sips. This however, took until the end of the second one before I felt that way, and still it managed to come back at me in the end. I'd say it is a good brew on its own or even with a meal. It does not over power but manages to have a well developed taste. Not the best pumpkin ale I have enjoyed,
but a damn good one regardless. 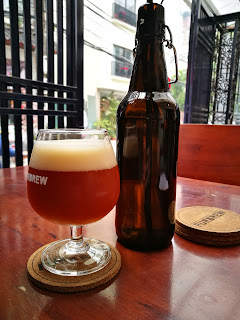